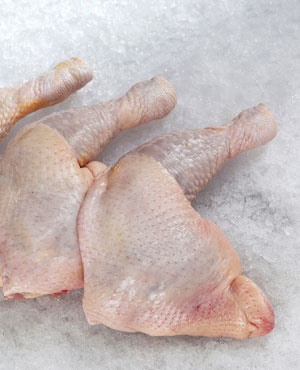 The much-awaited Woolard report on expanding the list of zero-rated VAT items has missed a key opportunity to both reduce the cost of some important foodstuffs for lower-income South Africans, and to assist in improving nutrition at the same time.

It’s now up to the minister and Parliament to make sure that the opportunity is grasped. Their decision will have a direct impact on millions of lives, the vast majority of whom are in the grip of poverty.

The original change from a general sales tax to a value-added tax in 1991 gave us 19 zero-rated VAT items. The Woolard report states that “[t]he zero rating of food items was introduced as a means of providing some relief to low-income households, which spend a relatively high proportion of their income on the zero-rated items”.

A critical requirement of the panel was to carry out a comprehensive review of the existing list of zero-rated items, but it appears that they never did that, which, frankly, makes no sense at all.

South Africa is a very different place 27 years after the introduction of VAT. There are many more of us around, the range of products and services available has changed dramatically and the average incomes of South Africans, using the Stats SA Living Conditions Survey approach, have improved considerably.

This is even though it is hard to accept that anyone who fits into categories 1 to 6 – by far the bulk of the population – has any real discretionary spending power.

Yet SA’s nutritional status remains less than ideal, with many people not being able to afford a diet that reflects their desires or their needs.

All over the developing world, people are eating more meat products. Although the choice of product varies according to custom, religion and availability, the trend of increased animal product consumption is clear.

Poultry is the world’s fastest-growing animal protein source, simply because it is inexpensive, experiences limited cultural and religious barriers, is environmentally friendly in comparison to most other animal protein sources, and is generally quite widely available. It is also the largest industry within the local agricultural sector, whose growth will increase the markets for maize and soy bean farmers, among others.

Scientists are clear as to what the minimum amount of protein required for human survival is. They also understand that this is not the optimum level.

Policy measures that increase protein intake, especially by the young and the elderly, could both increase national productivity and improve our national health status.

A number of studies in developing countries have shown that supplementing protein levels, especially with animal protein sources, has led to developmental improvements in young people, giving them a better chance to make it in the hurly-burly of a crowded society.

Similar work on the elderly, which applies equally to the developed and developing worlds, shows how increasing protein intake in a way that is affordable and easily bioavailable makes a difference to the lives of the elderly.

The panel notes that “on the whole, goods should only be considered for zero-rating if increased consumption would benefit, or at least not harm, economic and social development”.

This seems perfectly logical. However, like any business, a country must invest in its people if it wants to make a “return on its investment” for the national economy. Making it easier for people to eat a better diet is a fairly simple way to invest in the future of our country.

So, what brought the Woolard panel to exclude poultry from their zero-rated list when one of the assessment criteria used by the panel was to ensure that “zero rating should incentivise merit goods and address special needs for women, older people, those living with disabilities and children if possible”?

Hopefully wise heads in Treasury will understand that leaving frozen poultry cuts and portions out of the proposed zero-rating list is not a sensible move.

As wealthier South Africans prefer chilled (fresh) poultry, by the simple method of making a zero-rating applicable to frozen poultry alone, the greatest part of the benefit will rest with the poorer segments of society.

The higher cost of other meat types makes them more likely to be eaten by wealthier consumers who should not be benefiting from state largesse if the intention of the increase in VAT was to bolster the fiscus. That said, many of the lower-value meat products are eaten by lower-income consumers, especially the organ meats and bony cuts that the wealthy ignore.

When South Africa eventually does create enough opportunity for the great majority of its peoples, and real disposable incomes do rise, then we will perhaps not need to debate which meat types need to be zero-rated. Perhaps all food can be zero-rated as government revenues can come from the tax receipts of a healthy economy?

Chicken is so popular in South Africa because it is so inexpensive in comparison to other meat types. In fact, South African sales of chicken meat outpace the sales of all other meat products combined.

Although the argument is made that the rich consume more, even if this consumption uses a smaller percentage of their incomes than that of the poor, this argument fails when it comes to chicken.

Well over half of all poultry sold in SA consists of frozen mixed portions. This is the people’s food, not the food of the elite. Frozen chicken portions definitely should be a “merit” food, as defined by the panel.

Chicken is also a standard loss-leader product with our retailers. If their past behaviour is anything to go by, they will certainly use zero-rating as an opportunity to further lower the price of the frozen cuts and portions to increase traffic through their stores.

No retailer promotion leaflet seems complete without a special on chicken. This is not likely to change. Retailers control this market, not producers. Consumers will undoubtedly benefit from a zero-rating of frozen poultry.

The concerns of some members of the panel about the market power of the producers is misplaced. In any event, the Competition Commission is there to guard against abuse. Guilt should be proven, not assumed, and this takes place after the fact, not before.

It seems as if the ravages of poultry imports on the local industry have swayed the panel to not include poultry in their recommended list. It is inappropriate to conflate valid concerns about poultry imports with a debate on zero-rating.

The question of imports relates to international trading practices, where the wealthy of the world sell their left-overs at below their cost of production, and those developing countries that supply the wealthy with the chicken parts that they want to eat also have to sell the left-overs at world-market prices.

Trade problems need trade solutions, and VAT is not a trade solution. The viability of the local poultry industry is a question of trade policy. The availability of good quality protein for the majority of South Africans is a policy that can be assisted through zero-rating.

We hope that further debate on this matter will give poorer South Africans the relief that they really want and need, and that frozen chicken will be added to the recommended list.